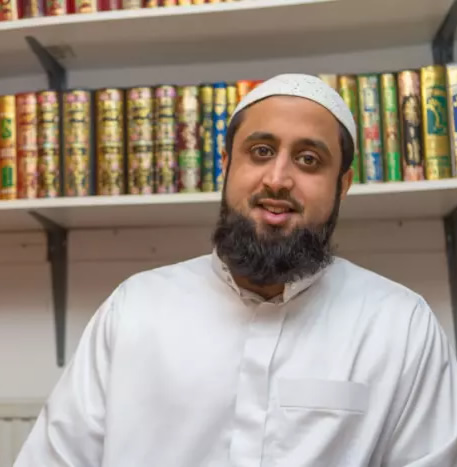 Imam Mansoor Mahmood is currently serving as one of the Imams at Kirkcaldy Central Mosque & Community Centre. He began his Islamic education from a very young age. He was admitted to the Al-Karam Secondary School where he spent four years. After achieving his GCSEs from the school, he then continued his stay at Jamia Al-Karam by studying the 3 year Diploma in Islamic Sciences & Classical Arabic under the guidance of Shaykh Muhammad Imdad Hussain Pirzada.

After graduating in the year 2007, he then moved to Egypt to study at the well renowned Al-Azhar University. He spent five years there completing a BA in Tafseer (interpretation of the Qur’an) and ‘Uloom Al-Qur’an (sciences of the Qur’an).

He returned to the UK, where he spent the next year at the Cambridge Muslim College studying the Diploma in Contextual Islamic Studies & Leadership under the tutelage of Shaykh Abdal Hakim Murad.

After graduating in 2013, Imam Mansoor went onto complete a one year Diploma in Education and teaching Religious Education at the University of Aberdeen.