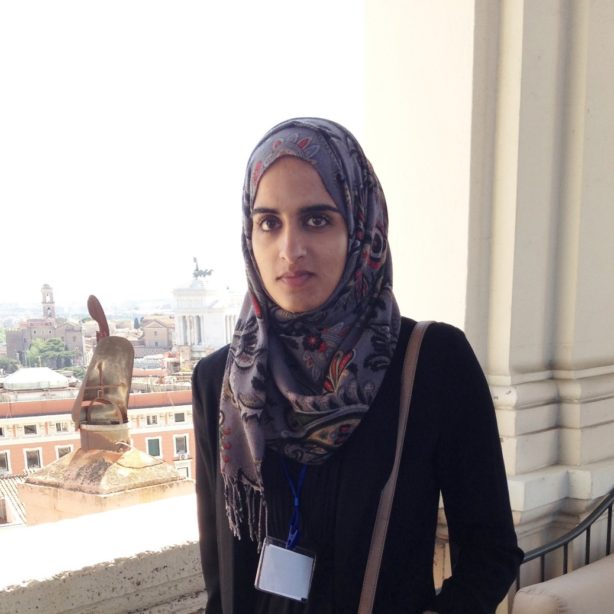 Ustadha Afeefa Ahmed is currently a teacher and religious counsellor at the Kirkcaldy Central Mosque. In 2008 after completing the first year of her Sociology degree at Worcester University, she decided to follow her passion and pursued Islamic Studies at Jamia Al-Karam where she studied the 3-year Diploma in Islamic Sciences & Classical Arabic under the guidance of Shaykh Muhammad Imdad Hussain Pirzada.

After graduating, she moved to Egypt for two years and studied at various Arabic centres as well as the well renowned Al-Azhar University. She graduated from the Al-Azhar Arabic Language Institute with a diploma in Arabic language.

Upon returning to the UK in 2013, she spent the next year at the Cambridge Muslim College studying the Diploma in Contextual Islamic Studies & Leadership under the tutelage of Shaykh Abdal Hakim Murad.

After teaching in her home town of Worcester for a year she moved to Scotland where she is currently teaching and giving lectures at the Kirkcaldy Central Mosque.